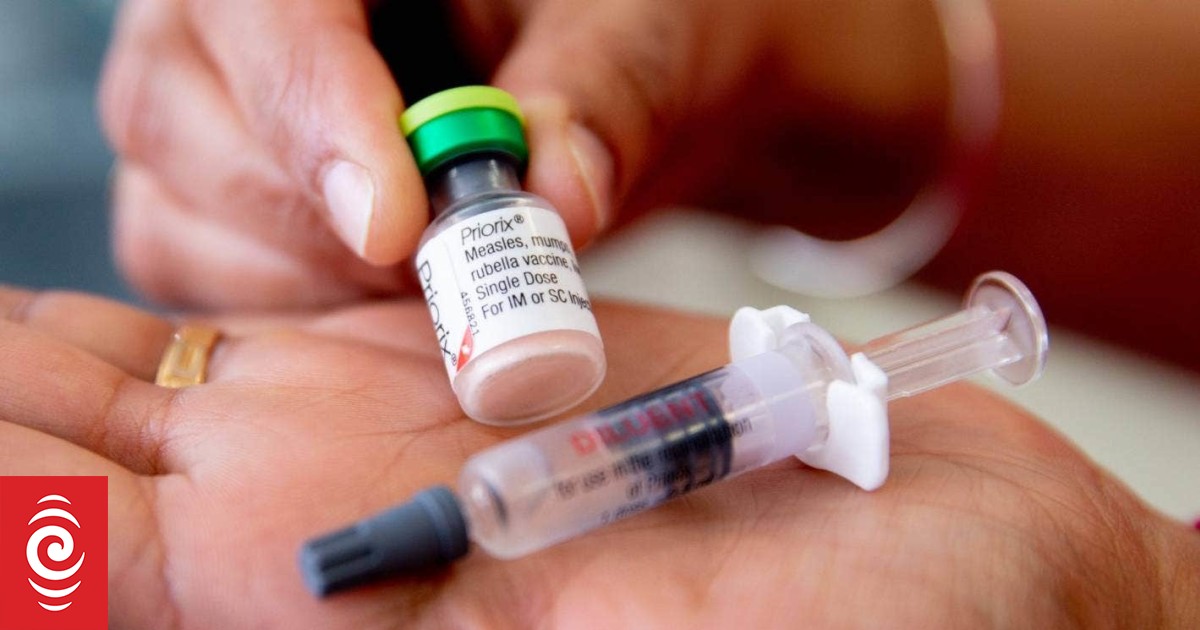 The MMR vaccine, which is used to immunize children against measles, mumps and rubella. Figures from the Ministry of Health show childhood immunization rates in some areas have plummeted since the beginning of the Covid-19 pandemic.
Photo: Tom Lee / Stuff

Child vaccination rates in areas like south Auckland remain in a state of crisis as healthcare providers are stuck in a post-Covid-19 catch-up phase, according to an expert.

Figures from the Ministry of Health, covering the period between July 1 and September 30 last year, show just 65 percent of children in Counties Manukau were fully vaccinated at six months old.

Dr Nikki Turner is the medical director of the University of Auckland’s Immunization Advisory Centre. She said while vaccination numbers could often improve as providers “catch-up”, the situation was dire.

She said during the pandemic health systems around the world had been dealing with one crisis after another and as a result preventive health measures like child immunization had suffered.

“There is an awareness that this is a real crisis, but we’re still stuck in a catch-up phase.”

Turner said while there was a growing awareness about those cases, it was important not to lose sight of the fact that all childhood vaccinations were important.

“I think that’s the key message. We don’t want to just focus on polio in isolation,” she said.

The 2019 measles outbreak saw more than 2000 cases recorded nationwide and Turner said many of those who contracted it had not been vaccinated as children.

Childhood immunization includes the MMR vaccine for measles, mumps and rubella, as well as vaccinations for pertussis (whooping cough), polio, diphtheria, tetanus, rotavirus, influenza and Covid-19, for those who are eligible.

Turner said a lot of children in lower socio-economic communities like south Auckland weren’t enrolled with a GP and access to primary healthcare remained a barrier. And far too often such factors have an impact on whether a child got immunized.

“But we want to act before we see these diseases again,” she said.

A paper to the Counties Manukau DHB in March last year said immunization rates fell considerably between March 2020 and March 2021 and had continued to drop.

According to the DHB report, 85 percent of children in Counties Manukau were fully vaccinated at eight months of age in February 2022, but only 67 percent of Māori babies were fully immunized. That compares to 83 percent for Pasifika infants, 89 percent of Europeans and 98 percent of Asian children in the same age group.

In a statement Te Whatu Ora outbreak response director Matt Hannant said over the past few years childhood immunization rates had been falling globally – in part due to the impact of Covid-19.

“New Zealand is part of this global trend, with some regions and specific population groups (such as Māori and Pacific children), with lower than average immunization rates giving us cause for concern,” he said.

“Significant work is underway at both national and regional levels, as well as on the ground with healthcare providers in communities to encourage and support childhood vaccinations as a priority.”