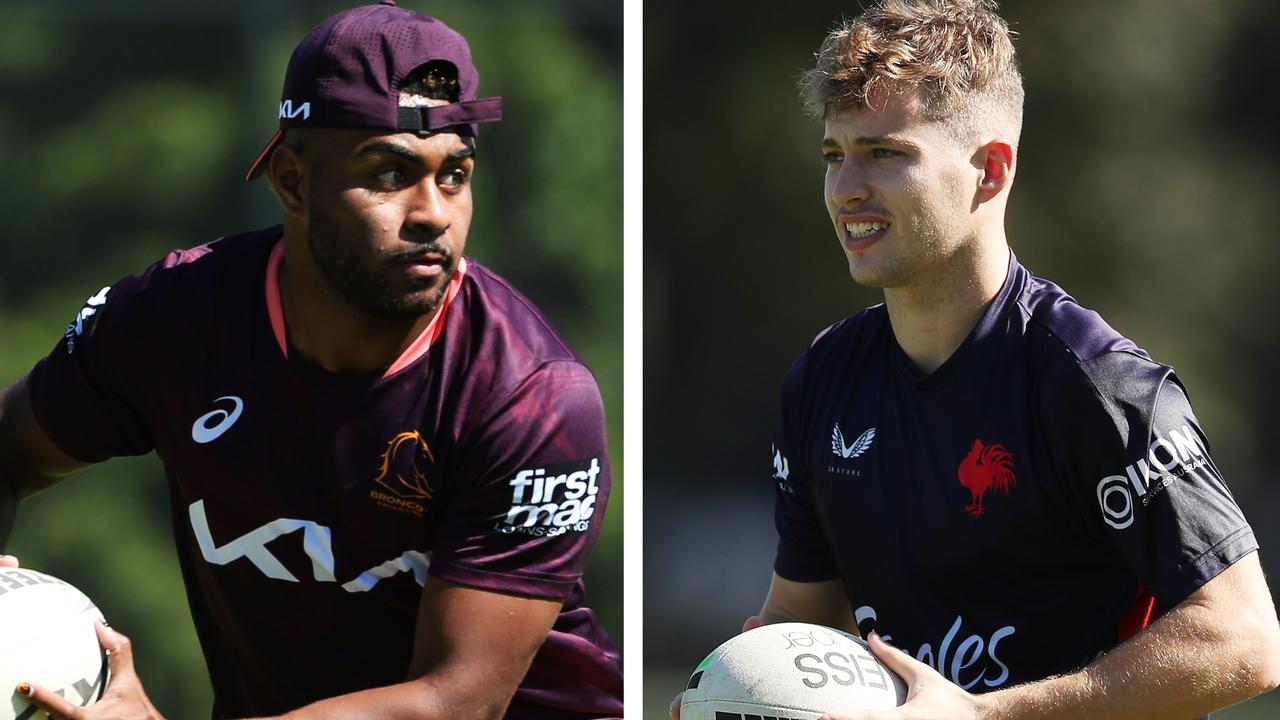 Broncos five-eighth Ezra Mam has revealed what he needs to work on to return to the starting side after being dropped late in Brisbane’s failed 2022 campaign.

Meanwhile, Roosters halfback Sam Walker is eager to develop his combination with the rest of the team’s spine to avoid the slow start to the year the club endured last season.

Read on for the latest NRL news in Off-season Central.

MAM’S RESPONSE TO BEING DROPPED IN ROOKIE BRONCOS CAMPAIGN

Broncos five-eighth Ezra Mam has revealed what he needs to work on to return to the starting side after being dropped late in Brisbane’s failed 2022 campaign.

Mam had a breakout season alongside Adam Reynolds in the Broncos halves, but his defense saw him caught out late in the year in heavy defeats to the Storm and Eels.

Mam believes he needs to work on his decision making in both defense and attack to return to the starting side for Round 1 in 2023.

“It is just about getting my decisions right on the field and there were certain calls that I should have taken,” Mam told reporters.

“That is just a big learning step being my first year, so I’ve come this year ready to learn and Reyno has been a big help with that part.

“My game is about playing eyes up footy and taking the right opportunities.”

Mam concedes he has work to do to be a more reliable defender consistently in the NRL and believes some increased bulk will help him in that area.

“It’s just about staying consistent with my readings at training and being able to take the collision,” Mam said.

‘ONE OF THEM WILL HAVE TO GO’: Legend’s big call on Eels’ $2m halves dilemma

“Being my second year I will get targeted more and I’ve done a lot in the off-season to get my weight up and that is probably going to help me carrying more muscle mass and weight into the contact.

“I’m sitting around 87kg now and I was playing last season at 82kg, so I have put a couple of kilos on and hopefully that should be good for me.”

Mam revealed the Broncos have been working on a number of combinations around skipper Adam Reynolds and halves options including himself, Billy Walters and new recruit Jock Madden.

“The competition is definitely healthy for the side and we are all having our turns in the halves with each other,” Mam said.

“I think no matter who gets the jersey in the end, we would have all been playing with each other on the field with Reyno (Reynolds) and without Reyno and with other combinations.

“But we are working well together gelling in different combinations and I think whatever the combination is for Round 1, they will do a good job.

“It would be good to obviously get that No. 6 jersey.

“Hopefully I can try and continue on from last year and it would be good to get the jersey in the end, but I’m happy to go with whatever Kevvie wants.

“It’s my second year, so I’m just going to try and go on from last year and improve on that.

“I’ve got another pre-season under my belt and I’m doing much better this pre-season than I was last year. I’m getting stronger and fitter and putting a bit more weight on.”

Another new recruit in fullback Reece Walsh has been easing the burden on Mam in the kicking department, which he believes will give the Broncos a new dimension in attack.

“It is definitely good having Reece there being a left-foot kicker on the left side of the field,” Mam said.

“He obviously has more time to get that strike. Me and him just have a little chat about who is going to take which kick and in what sort of areas just depending on what sort of defensive systems we are up against.

“It is up to me and him to decide who will take the kicks at different stages.”

Mam also believes Walsh’s communication will help the side in both attack and defense and challenged himself to get better in that department.

“I think it’s good Reece has got a big mouth on him,” Mam said with a laugh.

“That is good for us and it will only help us in the long run with his communication.

“For myself it is more the volume of my voice I need to work on.

“I think sometimes I get the calls right, but I’m just not loud enough, so that is something that I have to learn this pre-season and hopefully I am working on it as much as I think I am and the forwards are hearing me.

“I just need to get my calls right and be very vocal and loud and just relay the messages.”

Get all the latest NRL news, highlights and analysis delivered straight to your inbox with Fox Sports Sportmail. Sign up now!!

Recently re-signed Roosters halfback Sam Walker is keen to develop his combination with the rest of the team’s spine to avoid the slow start to the year the club endured last season.

New recruit Brandon Smith will join the team at hooker and Walker wants to work hard on the combinations with him, Luke Keary and James Tedesco to ensure the club hits the ground running in 2023.

“Having this block before Christmas will be good and I’m looking forward to having him (Keary) back in here,” Walker told roosters.com.au.

“I really want to start building on our combination early and I’m really excited to see where we can take the team this year.

“I’m really keen to get Brandon (Smith) in and train with us. I know he’ll enjoy it up here and it’ll be good fun.

“I think there will be a bit of a learning curve with how he wants to play, but once we get that out of the way, I’m keen to see where he can take our game.

“When the big boys come back in the New Year, hopefully, we can hit the ground running and really attack the first half of the year.”

Walker burst onto the NRL scene in 2021 after a long-term injury to Keary and despite some early wobbles last season managed to largely avoid the dreaded second-year syndrome, after switching from five-eighth back to halfback mid-way through the year.

“I learned a lot. Changing sides of the field was a big one,” Walker admitted.

“And there were a couple of big lessons for myself, which I didn’t really have to face in my first year.

“There was a lot of learning there and I think we definitely found our feet at the back end of the year, so hopefully this time we can continue where we left off and make it a lot easier for ourselves at the start of 2023.

“All areas of my game, I’m not really set in stone in any aspect of my game, so I think this pre-season and going into the year I really want to build on what I have so far.

“This new block before Christmas is really important for us to lay out on our new home base and get everyone on the same page.”

The Roosters resumed training at their new Center of Excellence at Allianz Stadium and Walker has been impressed with the facilities the club has at their disposal.

“It’s been great to be back at training and see the boys,” Walker said.

“You start to feel a lot better about yourself after a little break, especially after seeing some familiar faces.

“I went over to Italy for a wedding and spent a bit of time traveling there. Then I came home and spent time with the family.

“But we’re back at the new Center of Excellence which has been exciting, I was really looking forward to getting back.

“It’s awesome. It’s definitely an upgrade from where we were. All the facilities we have here – especially the recovery rooms – are really good.

“Now that we are back I’m really enjoying my time here so far.”