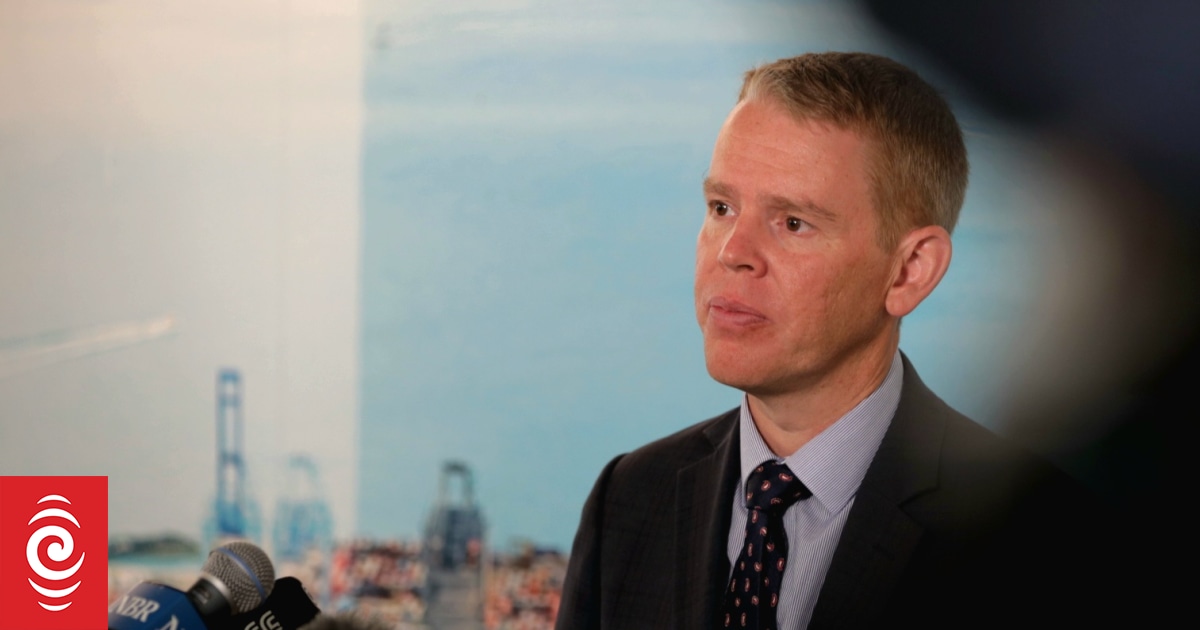 Prime Minister Chris Hipkins had his first meeting with business leaders in Tāmaki Makaurau on Thursday morning, saying afterwards the city is incredibly important to the New Zealand economy, and our gateway to the world.

“I did want to make sure here in Auckland that I got off on the right footing here in New Zealand’s biggest city and I’m really encouraged by the meeting that I’ve just had,” Hipkins told the media.

He said immigration settings have been kept under review and has not ruled out making more changes, but part of the conversation on Thursday was about getting more Kiwis into the workforce.

“We’ve got to get the balance right there.”

He said the relationship between business and government is really important and creating good jobs for families is what will help people.

“The rising tide lifts all boats.”

He said he got feedback on some of the things being done now, and the apprenticeship boost was really supported.

“Right the way across the workforce we’re seeing skill shortages … as a government we’re working on addressing that at all levels.”

He said they also gave feedback on wanting certainty on some key government policy areas, and he will work to provide that but says speedy decisions will not always give the certainty that businesses are after.

“I think we should absolutely acknowledge that Auckland experienced more days of lockdown than the rest of the country.”

He said he will work with business and cultural sector leaders to “really get Auckland pumping”, but won’t get ahead of the Cabinet conversation about the minimum wage which takes place every year, acknowledging minimum wage workers are among those struggling.

Hipkins said the meeting was with “big business”, and later that afternoon he would meet with small-business leaders.

He said economic forecasters would give a range of scenarios for what we might see, but the government would remain relentlessly focused on supporting New Zealanders.

He would now go away and digest what business leaders have told him.

“They’ve given me a lot of feedback, the conversation was really good, it was a two-way dialogue.”

Viv Beck, chief executive of Heart of the City – a business association centered on the Auckland CBD – agreed, calling it “an open conversation and an opportunity for people to raise their views for the prime minister to listen”.

“From my perspective, coming from Heart of the City, we’ve obviously been in the eye of the Covid storm. Whilst we’re definitely noticing a steady uptick since the border opened…

“We’re also keen to see the certainty and really trying to build some confidence back. I guess what happens to the feedback now is going to be important, but I think it was a really constructive discussion.

She said crime was top of the agenda for many at the meeting.

“That’s important for people living here, but also visiting… we have wanted to see effective cross-agency support because some of these issues are not criminal – they’re social – so it’s really important we get on top of these.”

Hipkins said this is only day two in the job for him and he won’t get ahead of decisions that still need to be made.

Beck said that was acknowledged by business leaders.

“I think people understand he needs a bit of time to work through the political side. On the crime side, I am expecting to see more soon. I think things are happening…

“What I’m saying is on day one, I wasn’t expecting to hear absolute announcements. I’m hoping they won’t be far away, but what I did feel is that he was listening.”

Hipkins acknowledged there’s a skilled labor shortage, but said that’s the case in many other countries as well.

“I’m not going to write the Budget or a tax policy on day two of the job.”

On Australia Day, he said “Australians are our great mates” but said that doesn’t mean we can’t give each other a hard time now and again.

He said Auckland Business Chamber CEO Simon Bridges – a former National Party leader – and himself have always had a good relationship, and it was good to catch up.

He said Bridges made a few observations, but “I’ll let him share those if he wants to”.

He is yet to meet with unions and ethnic communities.