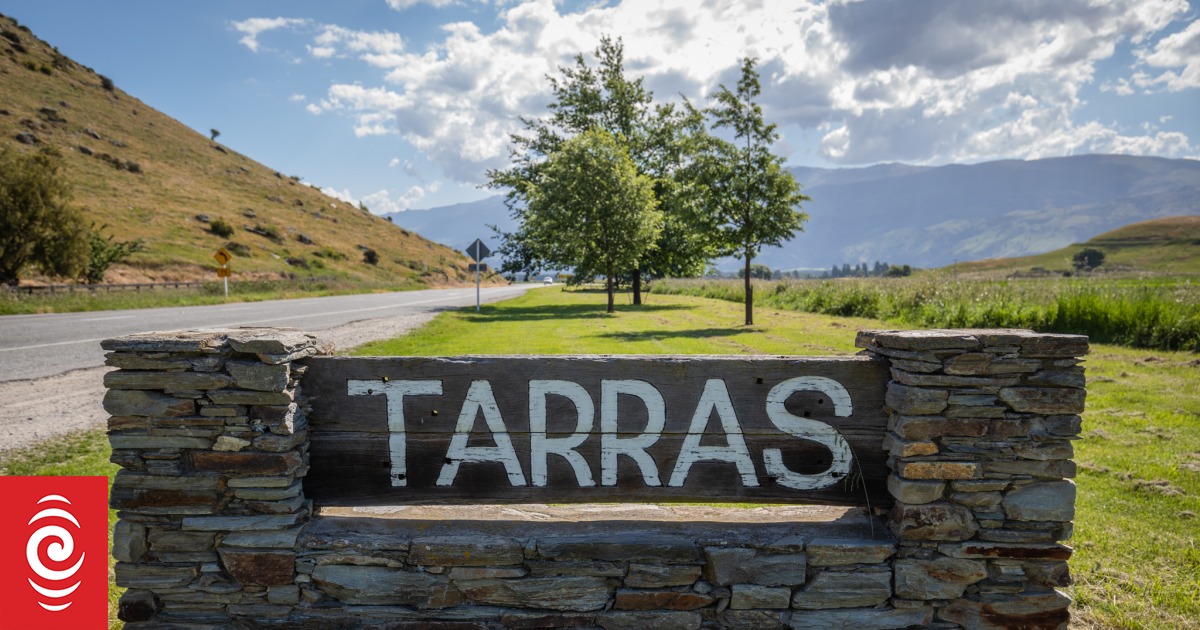 A group of leading academics are calling for the Tarras airport proposal to be scrapped.

Christchurch Airport has bought up 750 hectares of Central Otago farmland in the hopes of one day building an internationally capable airport.

An investigation has found the site is capable of supporting an airfield with a single runway of at least 2.2 kilometers.

Tarras is about 30km from nearby Cromwell and 90km from Queenstown, and home to a couple of hundred people.

The proposal has been met with mixed feelings by residents of Tarras, nearby Cromwell and the wider Central Otago district.

But 11 of New Zealand’s leading academics – including Dame Anne Salmond and Professor Shaun Hendy – have signed an open letter calling for the plan to be scrapped.

The researchers – with expertise in the fields of business, economics, climate science, sustainability, Māori and indigenous studies, tourism, environment, agriculture, and policy studies – said it ran counter to New Zealand’s commitment to reducing carbon emissions and the climate emergencies declared by councils.

“It is already proving difficult to reduce carbon emissions. Government is asking others – such as the farming sector, the public sector and the energy sector – to take urgent and major steps to curb emissions,” the letter said.

“We are concerned that any organization, let alone Christchurch International Airport Ltd which is owned 25 percent by the government and 75 percent by Christchurch City Council, would consider building a new airport in New Zealand during a climate emergency.

“This proposed airport highlights the need for more climate-focused legislative and regulatory frameworks as a basis for stronger controls for approving major infrastructure projects such as new international airports.”

The researchers also believed the proposed airport had a volume-based tourism approach, which they said did not align with Queenstown Lakes’ and Central Otago’s destination management plans.

“The future of tourism will be less volume driven, and more focused on quality and value through extended length of stay, high value, deep engagement and high quality local/regional visitor experiences.

“These principles are outlined in the Queenstown Lakes and Central Otago destination management plans.”

University of Otago professor of sustainable tourism James Higham, who brought the group together, said he and his peers strongly opposed the proposal.

“Given the available research and data – and there is plenty of it – it makes no sense whatsoever to build a new airport at Tarras – or anywhere else in New Zealand for that matter.”

The group had dubbed themselves “Informed Leaders”, as they were encouraging decision-makers to factor in relevant research.

“Decisions to proceed with projects like this with the potential for significant, intergenerational impacts should not be made in isolation by individual companies. The available research and data should be factored in, discussed openly with stakeholders and key communities.”

The letter was sent earlier this week to the board of Christchurch Airport, as well as to Christchurch City Council and central government, and others such as Christchurch’s community boards, Central Otago District Council, and Otago Regional Council.

Higham said the group was now working on a curated index of existing, relevant research that should inform the wider conversation.