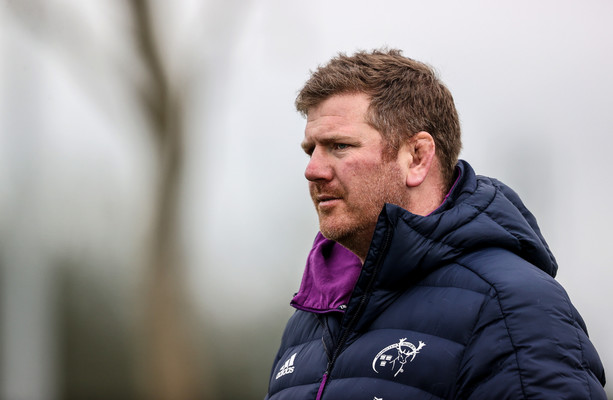 IT’S NO COINCIDENCE that so many of Munster’s forwards are hitting season-best form in time for the southern province’s crucial spring block of fixtures.

Four of them — Dave Kilcoyne, Tadhg Beirne, Peter O’Mahony and Gavin Coombes — have been called up by Andy Farrell to Ireland’s Six Nations squad. Of the contingent to miss out, the likes of the departing John RyanNiall Scannell, Jean Kleyn and John Hodnett produced stirring displays as the southern province went toe to toe with Toulouse at the Stade Ernest-Wallon on Sunday.

It was always the plan that Andi Kyriacou’s pack would contribute not only up front but in a universal sense to Munster’s fast-tempo attack and, as such, it was always accepted that there would be bumps in the road. Graham Rowntree and his staff suspected that some players would suffer muscular injuries as their bodies adapted to the furious pace of training but that, equally, those players would eventually acclimatise and Munster would hit their stride.

Recent performances, and a reduction in such injuries of late, would suggest that they were onto something.

“We knew we’d crack a few of them along the way,” forwards coach Kyriacou smiles. “Changing the way we train completely over the last few years to what we’re currently doing was always going to result in some lads breaking down at some point. That was the nature of what we were going to do and we were prepared for that. But now we’re seeing that they’ve banked all that hard work and are now able to cope in stressful situations. And now we’re seeing the benefits from a lot of the guys.

“The great thing about the way we train is that no one’s standing watching at any point. Even if they’re not on-field working in a 15-on-15 or in small-sided teams, they’re doing skills at a high tempo on the side with ‘Cozzy’ ​​(Ian Costello), Tommy (O’Donnell ) and Greig (Oliver).

“They’re constantly being pushed and you can see that transfer on to the field. Come the weekend, it’s definitely a product of what we are doing day to day.” 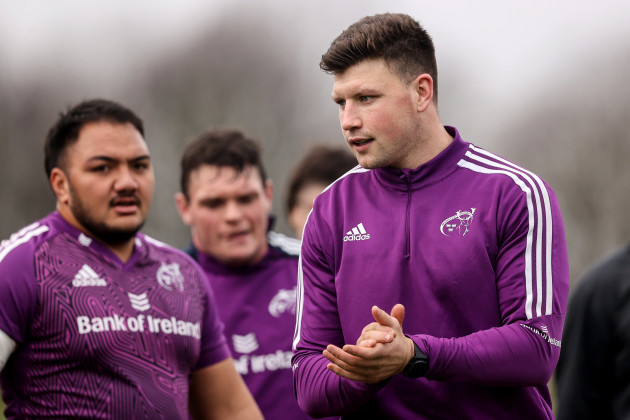 Ben Brady / INPHO
Fineen Wycherley is back for Munster this weekend.

For this week’s crucial URC trip to Benetton, the return of Fineen Wycherley after over three months out with a shoulder injury will alleviate some of the pressure for Munster in the second row, where game-time injuries have left them threadbare for several weeks.

Gavin Coombes, away with Ireland, has been tasked with filling in at lock mid-game on several occasions while trade second rows like Wycherley, Tom Ahern, Edwin Edogbo, Paddy Kelly, RG Snyman and Kiran McDonald have either gone down or remained sidelined through injury.

Jean Kleyn has been a virtual ever-present in the meantime, most recently partnered by Tadhg Beirne who is also unavailable for Saturday’s trip to Treviso as he preps for Ireland’s Six Nations opener the following week.

Kyriacou is full of praise for Kleyn in particular, who has put in a monstrous shift for Munster this term.

“It’s one of the most physically challenging positions on the field, I believe. The modern-day second row is definitely more like a back-row player than they ever have been; certainly the way we play, the style of rugby that Mike (Prendergast) from an attack point of view and Denis (Leamy) from a defensive point of view is asking of the guys.

“So, more Jean than Tadhg. Obviously, Tadhg got a little break there just after Christmas, those two weeks. Jean’s had to keep on going for us but he’ll get a week next week when we can all recover, catch our breath.

“But [it’s] just a testament to those lads who’ve gone week in, week out for us and we’re not seeing any drop off from them, and they don’t miss training. They’re just ridiculous athletes and we’re very lucky to have them.” 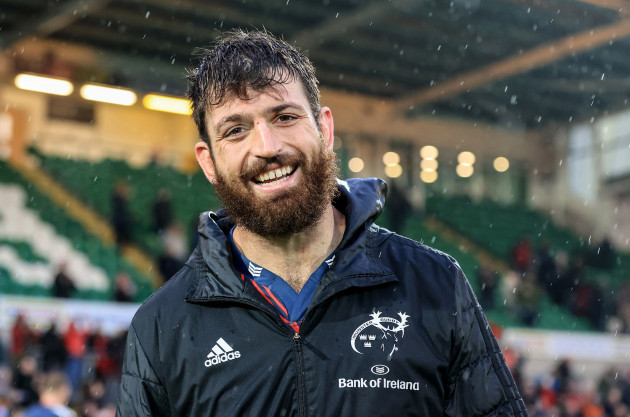 This week, there can be no comedown from Toulouse: Saturday’s URC opponents Benetton have won eight of their nine competitive games at the Stadio Comunale di Monigo this season, six of them with bonus points. The Italians currently sit one point, and one place, above Munster in the playoff race, and have scored an average of 35 points in their last six games in all competitions.

With eight of their senior players away with Ireland, Munster will have to shuffle their deck and Kyriacou is in no form for messing as he lines up an Italian job with a less experienced squad than that which ran the five-time European champions close on Sunday .

“(Marco) Bortolami and Fabio Ongaro, their forwards coach…” he muses of Benetton, “I know Fabio pretty well. They’ve got a style of rugby that they’ll play so we’re specifically looking at that, their forwards…

“We’ve got to prepare really well and one, nullify their threats, but also expose a few bits that we’re seeing in them from our analysis.

“So we’re preparing for this game really hard and we’ve got to perform, it’s as simple as that. That’s what we’re training and going out to do.”

Get instant updates on your province The42 app. With Laya Healthcareofficial health and wellbeing partner to Leinster, Munster and Connacht Rugby.